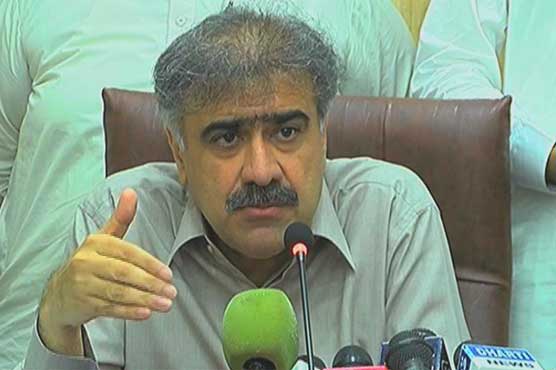 Sohail Anwar Siyal said that Sindh government will contact judiciary regarding the legislation.

KARACHI (Dunya News) - Sindh home minister Sohail Anwar Siyal while addressing a press conference in Karachi on Monday said that decision to make legislation to curb street crime was taken on the recommendations of the apex committee.

Sohail Anwar Siyal said that Sindh government has also decided to amend the street crime laws. He said that the provincial government will contact judiciary regarding the legislation.

He also informed that the government is also considering a suggestion to install trackers in new motorcycles to check the theft of motorbikes in the province.

The provincial minister further informed that Pervaiz Chandio is being appointed as DIG Jails for improvement in the working of prisons in the province.

Heirs of martyred to be given Rs50 lakhs: Sindh IG