Met Office forecasts rain, risk of landslide in next 48 hours 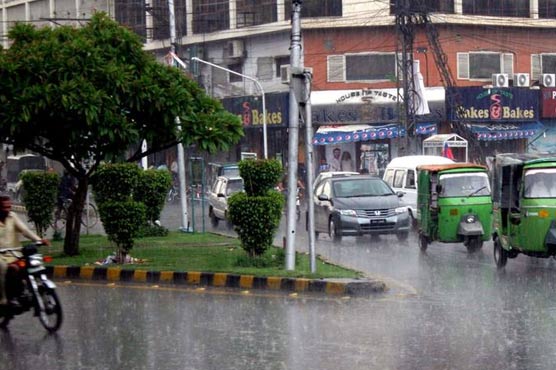 Met Office forecasts rain, risk of landslide in next 48 hours

Thundershowers will be experienced in Islamabad, upper regions of KP, FATA, Punjab, Kashmir and GB

There will be rain in Rawalpindi and Islamabad. Upper regions of KP including Malakand, Hazara, Mardan, Peshawar and Kohat divisions will experience heavy rainfall. Rawalpindi, Sargodha, Faisalabad, Gujranwala, Lahore divisions and other areas of Upper Punjab will also have rains throughout Wednesday and Thursday. Sahiwal and Bahawalpur divisions will have thundershowers as well.

The Northern and hilly areas like Kashmir and Gilgit-Baltistan will have thundershowers. Also, there is risk of landslides in the country which is why the Met Office has issued a warning to the tourists.