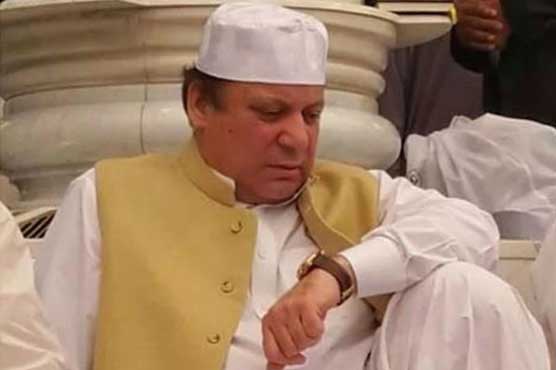 PM Nawaz will perform Umrah during the last days of Ramazan.

ISLAMABAD (Dunya News) - Prime Minister arrived in Saudi Arabia on Sunday for a private visit along with his family.

The premier will perform Umrah during the last days of the Holy Month of Ramazan and also offer prayers in Masjid-e-Nabvi in Madina.

On June 25, the Prime Minister will leave for London. He is expected to return home on June 30.

The President appreciated the Saudi government for excellent arrnagements for the Umra pilgrims during Ramazan-ul Mubarak.