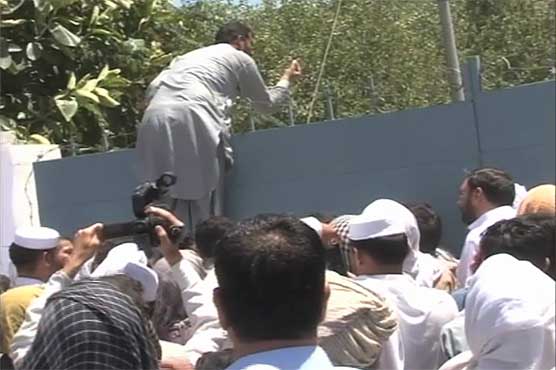 PTI workers under the influence of the provincial lawmaker stormed at Peshawar’s Rehman Baba grid station where they locked the main gate, had confrontation with the police, chanted slogans against the federal government and took control of the electricity feeders inside the office.

The demonstration was finally ended after successful negotiations between PTI workers and PESCO official, agreeing on 12-hour power outages.

While media talk, Fazal Elahi criticised the state ministers including Minister of State for Water and Power Abid Sher Ali, and Minister of Water and Power Khawaja Asif. The grid station was evacuated from the control of PTI workers after the successful talks.