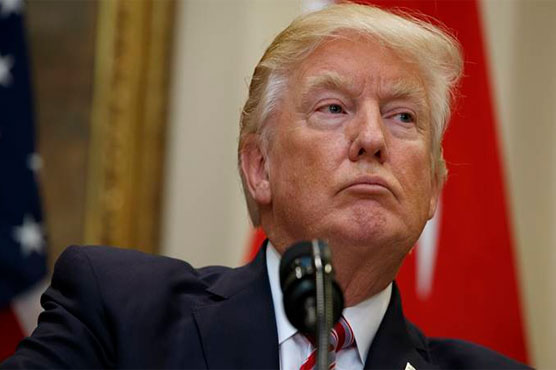 The cuts to programs under are in part meant to fund an increase in military spending.

WASHINGTON (Reuters) - The Trump administration’s budget proposal would convert some of the United States’ foreign military grants to loans, part of a larger effort to slash spending on diplomacy, aid and programs abroad by more than 29 percent, the White House said on Monday.

The cuts to programs under the State Department are in part meant to fund an increase in military spending.

The Pentagon’s specific defense request is for $574.5 billion, an increase of 4.6 percent compared to fiscal year 2017.

Under President Donald Trump’s proposal, the United States would spend 29.1 percent less on the State Department and "other international programs" in the 2018 fiscal year compared to 2017, a decrease of $11.5 billion.

That decrease includes a re-shaping of the way some countries receive military aid from the United States. Foreign military financing gives countries loans or grants to buy U.S. military equipment.

The State Department decides which countries are given the financing while the Pentagon executes the decisions. Under the Trump proposal, many current grants would instead be converted to loans.

"We do change a couple of the foreign military programs from direct grants to loans," said Mick Mulvaney, the director of the White House Office of Management and Budget, in a briefing with reporters on Monday. "Our argument was instead of ... giving somebody $100 million, we could give them a smaller number worth of loan guarantees and they could actually buy more stuff."

U.S. military assistance to partners and allies reached $13.5 billion in 2015, or 28 percent of all U.S. foreign aid spending that year, according to the Congressional Research Service. Most grants through the Foreign Military Financing (FMF) program go to Israel, Egypt, Jordan, Pakistan and Iraq.

Congress ultimately controls the government purse strings and may reject some or many of the Trump administration’s proposals. Republicans and Democrats in Congress have criticized the size of the cuts to the State Department and U.S. Agency for International Development.

Mulvaney said that aid to Pakistan would be reduced, though he did not give concrete details.

"(The) State (Department) still has some flexibility to come up with a final plan on that, but I do know that writ large we have proposed to move several countries from a direct grant program to a loan guarantee program," he said.

Todd Harrison, a defense budget analyst with the Center for Strategic and Budgetary Assessments, said the switch from grants to loans for military aid may mean that countries will not be able to afford U.S. military equipment, forcing them to go elsewhere for supplies.

"Countries can buy from China or Russia. They have other places to shop, and one of the ways that we build capacity with our partners is through these grants," Harrison said. "It’s in our interest to have interoperability with our allies, and these military grants are a part of that."

Thomas Spoehr, who directs the Center for National Defense at the conservative Heritage Foundation, said the conversion from grants to loans will be a challenge especially for smaller military aid recipient countries like Macedonia and Tunisia.

But "it’s a proposal whose time has come," Spoehr said, given U.S. budget deficits and high military spending overall.

"This is probably a prudent place to make some cuts given all the other investments we make in national defense," Spoehr said.

Melania brushes away Trump's attempt to hold her hand