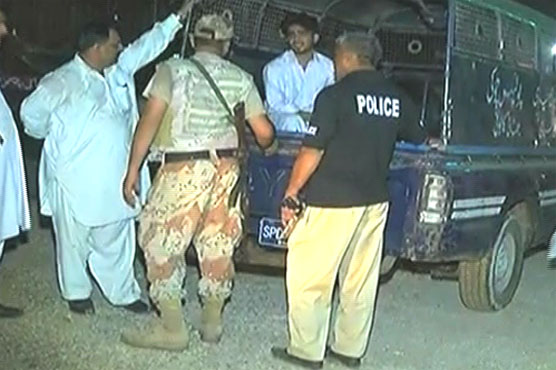 Clash between two rival groups over a property dispute in Korangi claimed one life.

KARACHI (Dunya News) – One person was killed and four others were wounded in an armed clash over a property dispute between two rival groups in Ibrahim Haidri area of Korangi on Tuesday.

According to ASP Malir, Rao Anwar, the clash occurred during a “Jirga” in a property dispute. He further said that some quarters are trying to politicize the incident.

On the other hand, PTI’s vice president of Karachi Raja Azhar has said that MQM-London’s armed activists attacked PTI workers and supporters in which one worker was killed and four others were wounded.