Aggression at borders will be retaliated with full force: COAS 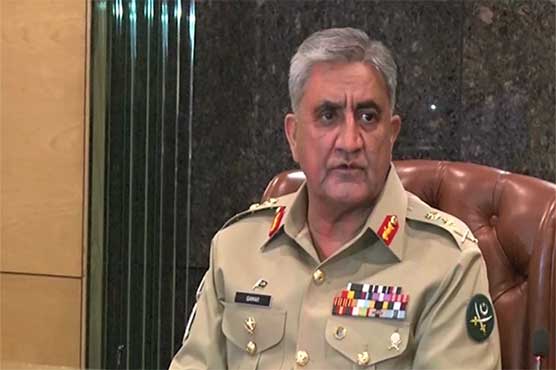 RAWALPINDI (Dunya News) – Chief of the Army Staff (COAS), General Qamar Javed Bajwa has said on Tuesday that any aggression across the Line of Control (LoC) would be retaliated will full force.

The army chief presided over the 75th meeting of formation commanders in the General Headquarters (GHQ).

While addressing the participants, General Bajwa reiterated that the military would give a befitting response to the enemy in case of any aggression.

Formation commanders agreed that security operation in Punjab and across the country would continue until long-lasting peace. The commanders also agreed that reforms to be introduced in Federally Administered Tribal Areas (FATA) should be in accordance with the preferences of the locals.

In his address, General Bajwa said that Pakistan is desirous of peaceful terms with neighbouring states but any aggression at the borders would be responded with full force.

Army chief’s statement has come in hours after Indian troops claimed of decimating Pakistani check posts across the border which was denied by media cell of the military, Inter-Services Public Relations (ISPR).