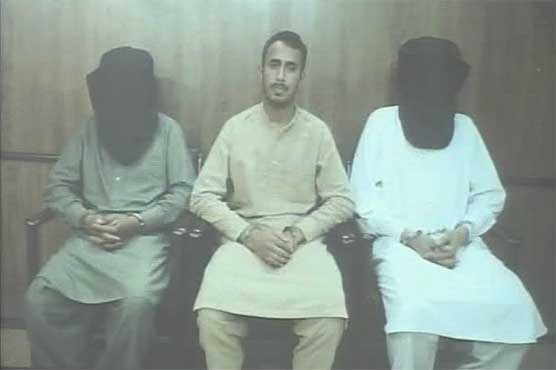 QUETTA (AFP) - Balochistan Interior Minister Sarfraz Bugti said Tuesday the law enforcement agencies have arrested the mastermind behind several attacks that killed scores of people in the restive southwest, including a devastating blast targeting lawyers in the city of Quetta last year.

Officials in Balochistan province released video showing the confession of the alleged militant, named as Saeed Ahmad Badini, a former madrassa student in his early thirties.

Anwar-ul-Haq Kakar, spokesman for the provincial government, told reporters in Quetta that Badini had confessed to the bomb blast targeting the city s lawyers as they gathered at a hospital in August last year. More than 70 people were killed.

Badini also admitted an attack on a police training college in Quetta last year which killed more than 60 people, and on a Sufi shrine which killed 52, Kakar said, without offering further evidence.

Pakistani officials have in the past released videotaped confessions from militants said to be responsible for multiple large-scale attacks. It is often impossible to verify the statements or ascertain if they were made under duress.

In November last year officials claimed to have arrested other masterminds behind the lawyers  attack and the assault on the police training college.

Kakar said Badini had trained first with the Pakistani Taliban before working with sectarian group Lashkar-e-Jhangvi.

He also said Badini had revealed he was taking money from Pakistan s arch-nemesis India as well as Afghan intelligence to carry out attacks in the country, and being trained under Mullah Umar.

Imran gets warm welcome in Quetta