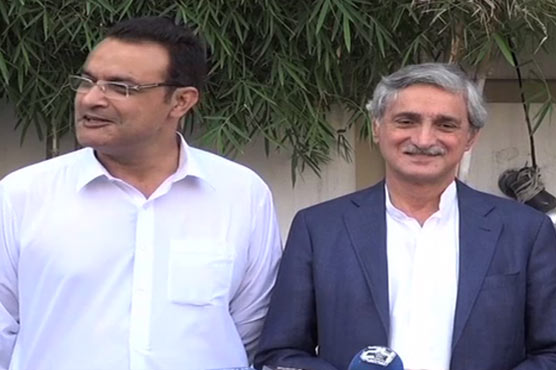 While media talk, Noor Alam Khan said corrupt people are being preferred in PPP. The formal announcement will be made after a meeting with PTI Chairman Imran Khan.

The former PPP leader admitted strengthening of institutions in Khyber Pakhtunkhwa. At the occasion, Jehangir Tareen and Noor Alam Khan shared their views on current political scenario in the country.

Jehangir Tareen said he is taking Noor Alam to Bani Gala where final decision will be made. He described the former PPP lawmaker as a man who follows ideology and embraced his call.