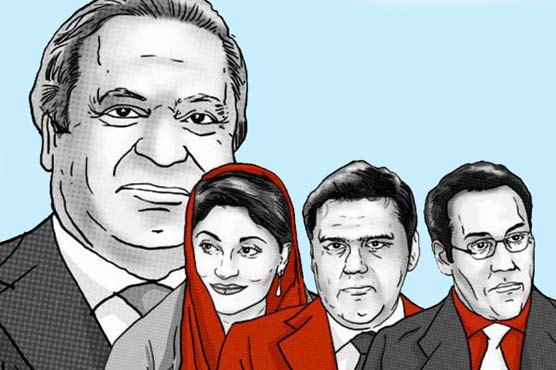 The hearing was adjourned until June 7

The team led by senior official of Federal Investigation Agency (FIA), Wajid Zia filed a preliminary report in the top court today and the hearing was adjourned until June 7.

After the bench reviewed the report, Justice Sheikh Azmat Saeed said the court has full confidence in the team and its work. He asked the JIT to inform the court if any hurdles are created by an institution or if any department refuses to cooperate.

Justice Ejaz Afzal directed the head of JIT Wajid Zia to complete the investigation process within sixty days. He asserted that the probe period will not be extended under any circumstance.

“The court will neither defy law nor it will sell it for fame,” he added.

The bench also rejected PTI’s plea to conduct hearing of the court in open court and share the report. Justice Ejaz Afzal remarked: ‘Tell us the law under which an officer is bound to reveal the details during investigation.’ Justice Azmat Saeed asked PTI not to create hurdles in the investigation.

The court while adjourning the hearing ordered to reseal the report and submit it in the registrar office.

Later talking to media Minister of State for Information and Broadcasting Marriyum Aurangzeb said the Court has expressed satisfaction over the first report of JIT on Panama Case. She said all relevant institutions are fully cooperating with the JIT. The minister said PTI has once again tried to put an unconstitutional demand before the court which was rejected.

PML-N leader Daniyal Aziz said the PTI chief is just trying to evade investigation about his party’s foreign funding. He said that the PTI chief is a proclaimed offender therefore he should be behind bars but he is roaming around in the streets fearlessly.

Opposition parties in Pakistan saw offshore companies owned by daughter and two sons of PM Nawaz as means to either stash wealth in foreign accounts or purchase assets abroad. The top court took up the case in October last year on petitions filed by Pakistan Tehreek-i-Insaf, Awami Muslim League and Jamaat-e-Islami and reserved the verdict in February after conducting hearings on daily basis.