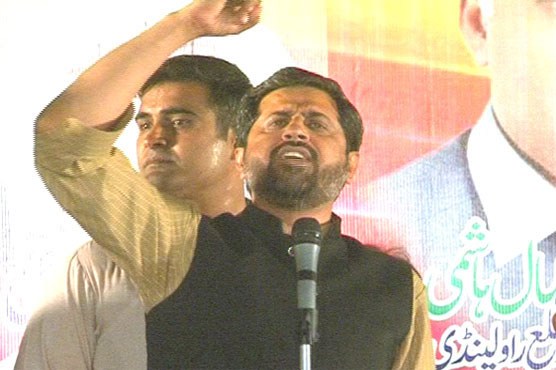 PTI’s Fayaz-ul-Hassan has announced to contest election against PML-N’s Hanif Abbasi from NA-56.

Fayaz-ul-Hassan said that he is eager to teach a lesson to Hanif Abbasi by contesting election from NA-56 constituency.

However, the PTI leader said that if his party formed an alliance with Awami Muslim League (AML) in the upcoming election then he will be happy to run the election campaign of Sheikh Rashid Ahmad.