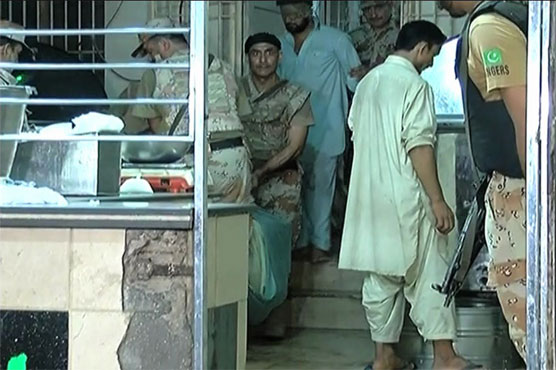 Rangers recovered huge quantity of narcotics from a shop in Lasbela area of Karachi on Friday.

According to details, Rangers personnel sealed entry and exit points of the area before that start of operation against the drug peddlers and searched houses and shops in the area.

Rangers recovered huge quantity of narcotics and banned literature from the godown of milk shop and arrested its owner and salesman. The arrested persons were later shifted to some undisclosed location for further investigation.