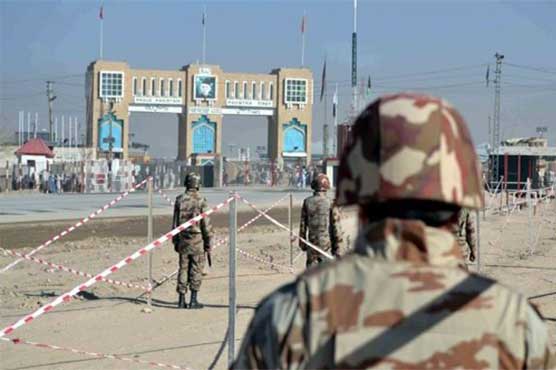 Both countries have agreed to maintain ceasefire till a consensus is reached.

CHAMAN (Dunya News) – Pakistan has rejected Afghanistan’s demand to evacuate Kali Luqman and Kali Jahangir as the flag meeting ended without any result, however, both countries agreed to maintain ceasefire till a consensus is reached.

Bab-e-Dosti remains closed for the 14th day (Thursday) after the cowardly attack of Afghan forces on Pakistan’s census team in Chaman which claimed 10 precious lives, and injured 46 persons on May 5.

Owing to the closure of border, the North Atlantic Treaty Organization’s (NATO) supply line, Afghan transit trade and pedestrian locomotion between Pakistan and Afghanistan, all are suspended.

The stoppage of NATO’s supply line and Afghan transit trade have resulted in long queues of vehicles at the border, and thousands of people on both sides are waiting for the border to be unlocked.