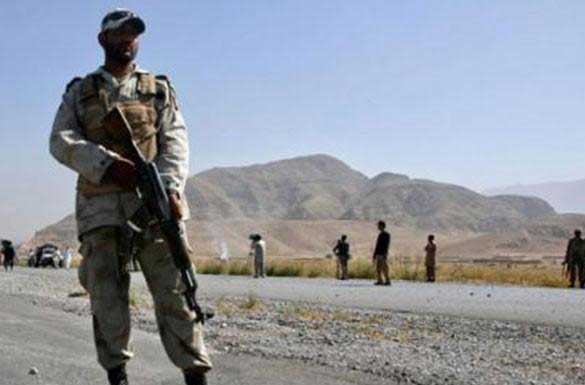 No group immediately claimed responsibility for the attack.

QUETTA (Dunya News) – At least three people including two paramilitary troops were injured when a roadside bomb struck their vehicle in Dasht tehsil of Kharan District in the Balochistan province on Monday.

According to Levies personnel, the security forces’ vehicle was on a routine patrol when the bomb went off, apparently detonated by remote control.

No group immediately claimed responsibility for the attack.

At least 17 people were killed and 30 others including Abdul Ghafoor Haidering sustained injuries in the attack.