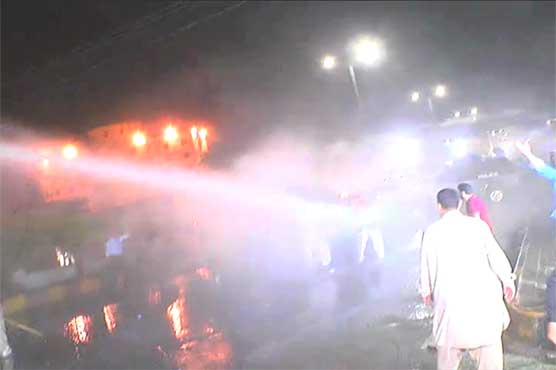 MQM-P has condemned use of water cannon and tear gas against PSP workers in Karachi.

KARACHI (Dunya News) – A spokesperson of Muttahida Qaumi Movement-Pakistan (MQM-P) has condemned the torture of Pak Sarzameen Party (PSP) by police during ‘million march’ on Sunday.

He said that every Pakistani has right to protest for acceptance of his demands. He further said that the use of water cannon and tear gas shelling by the Pakistan People’s Party government in Karchi against PSP protesters is a highly condemnable act.

The spokesperson further said that the people of Karachi cannot be pressurized by using such tactics and added that instead of resolving the issues the provincial government is bent upon to aggravate the situation.