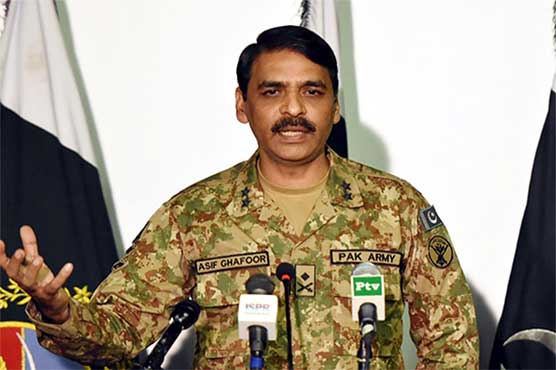 RAWALPINDI (Dunya News) – Indian Army has been targeting innocent civilians on both sides of Line of Control (LoC) in recent past, according to Inter-Services Public Relations (ISPR).

PR260/17
Any Indian Army misadventure across LOC  ll be a miscalc,shall be responded with full force & could lead to unintended consequences pic.twitter.com/tqFIAJfDCA

DG ISPR Major General Asif Ghafoor made a warning saying any misadventure by Indian Army across Line of Control will be a miscalculation and it will be responded with full force.

While referring to the unprovoked firing by Indian forces across the LoC and committing ceasefire violations, ISPR stated that such acts could lead to ‘unintended consequences’.

Earlier, it was reported Army Chief General Qamar Javed Bajwa visited Nakyal sector along LoC where he appreciated the operational preparations made by troops to give befitting response to any ceasefire violation.

At least five Pakistani civilians including two women were injured in unprovoked ceasefire violations by Indian troops along the Line of Control (LoC) on Saturday. Foreign Office summoned Indian Deputy High Commissioner J.P. Singh and condemned the aggression directed from across the border.