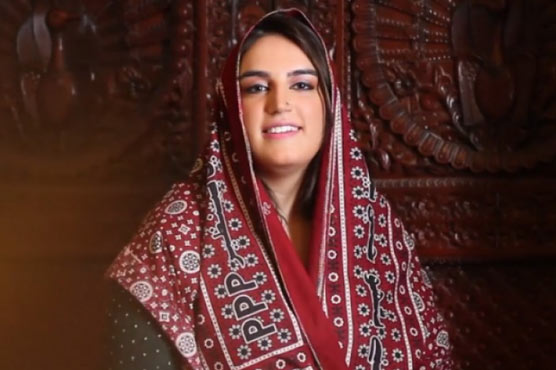 (Web Desk) – The daughter of former President of Pakistan Asif Ali Zardari, Bakhtawar Bhutto, expressed disapproval of Ehtaram-e-Ramadan Bill according to which eating, drinking or smoking publicly during Ramadan fasting hours will remain forbidden for all.

The PPP Chairman Bilawal Bhutto’s sister called it a ‘ridiculous law’, adding that it was not Islam and everyone would not be able to follow the bill. She said, “3-month imprisonment for drinking water during Ramadan but being a terrorist, attempting 2 kill school girls Malala & you can keep smiling on TV.”

https://t.co/eiY7UamIfp people r going 2 die from heat stroke &dehydration with this ridiculous law. Not every1 is able. This is not Islam.

3month imprisonment 4 drinking water during Ramazan but being a terrorist, attempting 2 kill school girls #Malala & u can keep smiling on tv

It was earlier reported that Senate Standing Committee on Religious Affairs had unanimously adopted Ehtaram-e-Ramadan (Amendment) Bill, 2017 under which monetary penalty was hiked from Rs500 to Rs25000 for hotel owners who violate Ehtaram-e-Ramadan Ordinance, 1981.

According to the recent amendment, offenders of ‘Ehtaram-e-Ramadan  will pay a fine of Rs 500 apart from serving three months in prison. Also, public places including cinemas will be charged a hefty fine of Rs 500,000 over any violation.

PPP will save masses from 'Panama Sharif', says Bilawal