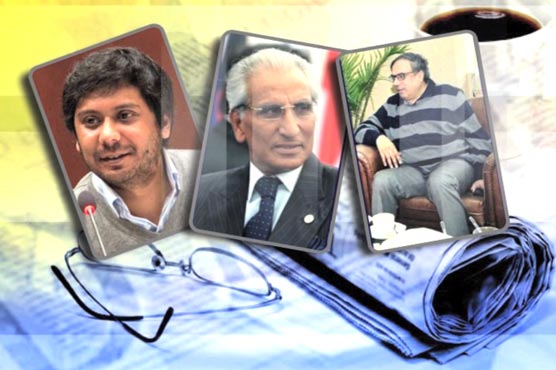 (Web Desk) – The new notification over Dawn Leaks inquiry report was issued by the Ministry of Interior on behalf of the Prime Minister’s approval on Wednesday. Dawn Leaks issue stands settled and previous rejection of government notification was withdrawn, according to ISPR. 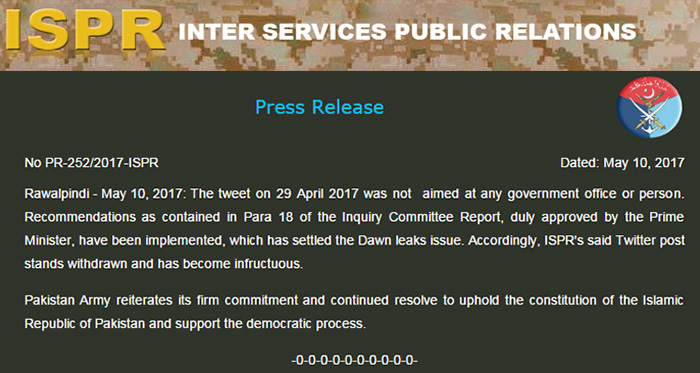 It came after the successful negotiations between civil government and military leaderships. Chief of Army Staff (COAS) General Qamar Javed Bajwa held a meeting with Prime Minister Nawaz Sharif in Islamabad to exchange opinion on Dawn Leaks and agreed to resolve the issue amicably. ISI DG Lt Gen Naveed Mukhtar was also present in the meeting.

According to the latest notification, role of Daily Dawn, reporter Cyril Almeida and editor Zafar Abbas have been referred to All Pakistan Newspapers Society (APNS) for necessary ‘disciplinary action’. APNS was suggested to develop a code of conduct for publishing stories on issues relating to national security.

It was stated that Rao Tehsin, the former Principal Information Officer (PIO), lacked professionalism and showed carelessness. The removal of special advisor to PM on Foreign Affairs Tariq Fatemi was also reaffirmed. 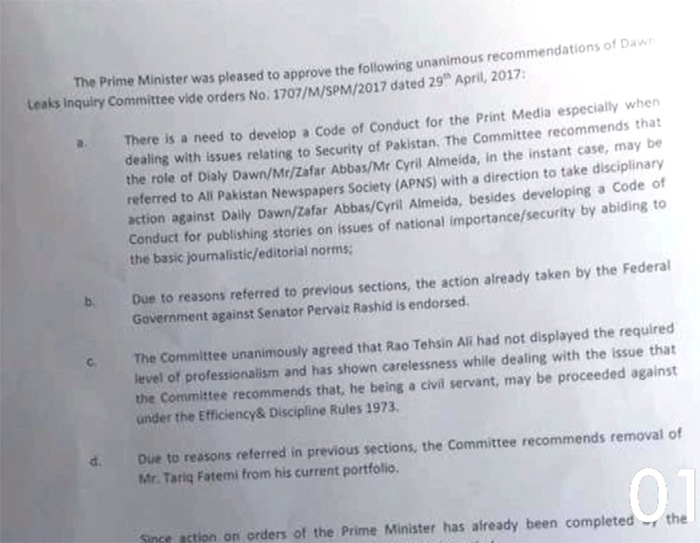 On the other hand, ISPR stated in its latest press release that the tweet on 29 April 2017 was not aimed at any government office or person. The recommendations as contained in paragraph 18 of the Inquiry committee report, duly approved by the Prime Minister, have been implemented, which has settled the Dawn leaks issue.

Notification on Dawn Leak is incomplete and not in line with recommendations by the Inquiry Board. Notification is rejected.

It also said the previous Twitter post stands withdrawn as Pakistan Army reiterates its firm commitment and continued resolve to uphold the constitution of the Islamic Republic of Pakistan and support the democratic process.