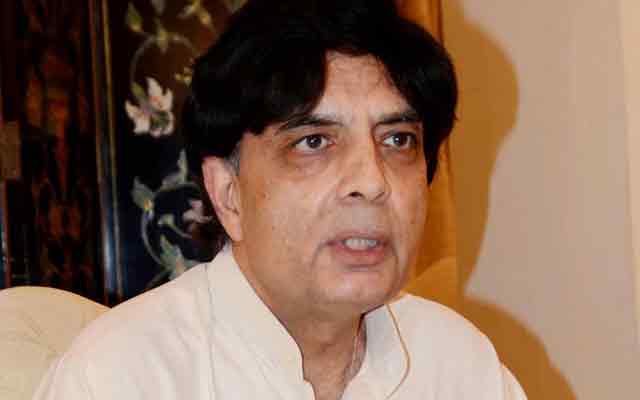 According to Interior Ministry spokesperson, Anjum briefed Nisar on the Chaman issue.

Nisar expressed grief over the loss of innocent lives and told Afghanistan government and security agencies are unable to handle their own country, adding that they had set a terrible example by unprovoked firing at civilians. Also, he said that such incidents would not be tolerated from onwards.

He praised the Pakistani forces for making Afghan firing ineffective by retaliation. Nisar prayed for quick recovery of injured and paid condolences to relatives of the martyred people.