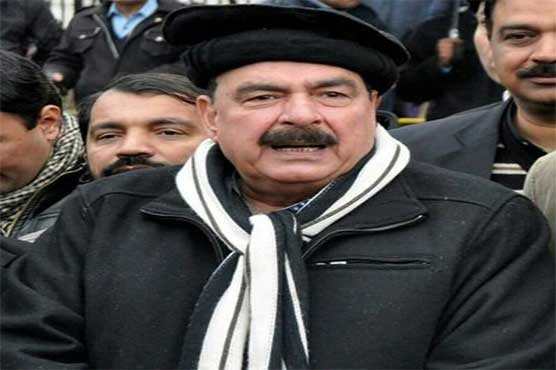 NOWSHERA (Dunya News) – Awami Muslim League (AML) head Sheikh Rasheed Ahmad has on Friday expressed that if someone wants to see the decision of Panamagate verdict, he should have a look at the faces of both Imran Khan and Nawaz Sharif.

He let it be known while addressing a public meeting of Pakistan Tehreek-i-Insaf at Nowshera.

Sheikh Rasheed announced during his speech that the time has come when Nawaz Sharif would have to go while at the same time Imran Khan will come.

He expressed that Maryam Nawaz termed Panama Leaks as  garbage .

Sheikh Rasheed was of the opinion that Nawaz Sharif often says that PTI rallies are of no match to PML-N, however PM should come to Nowshera right now and he will get the answer.