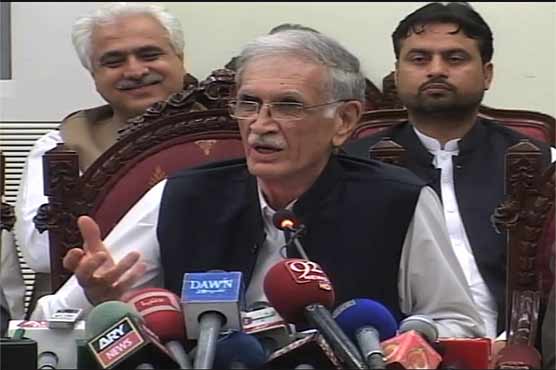 Khyber Pakhtunkhwa CM said that his China visit was successful

Pervez Khattak told that his China visit was successful, adding that he took KP’s traders to the neighbouring country alongside for the first time so that they could built strong relations with the Chinese investors.

While addressing to the press conference in Peshawar, KP CM reaffirmed that Khyber Pakhtunkhwa had become the central point of China-Pakistan Economic Corridor (CPEC). “Many Chinese companies are ready to invest in the province,” he added.

He talked about his China visit and professed that it was a success for the province. According to the details, KP has signed 82 MoUs worth Rs 24 billion with China.

Pervez Khattak said, “We’ll try to convert these MoUs into agreements so that they can be implemented. KP will progress more than other provinces if we are not subjected to hindrances.”

'CPEC belongs to present govt, Zardari had no part in it'

9 industrial zones to be built under phase-II of CPEC

Agriculture loans worth Rs 21.50 bn waved off in 10 years