Over 100 terrorists gunned down in 24hrs: ISPR 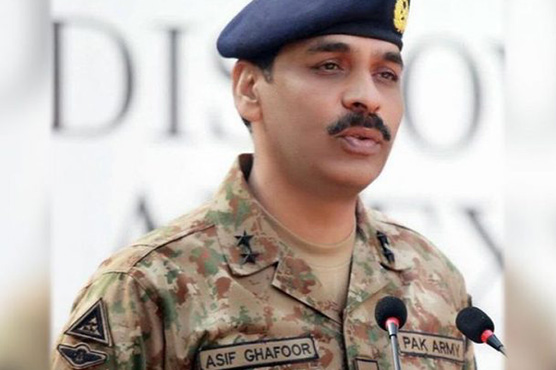 Pakistan has provided Afghan authorities a list of 76 'wanted terrorists'

RAWALPINDI (Dunya News) – Media cell of Pakistan Army has reported on Friday that more than 100 terrorists have been gunned down within 24 hours in counter-terrorism operation across the country.

Ramping up of counter-terrorism operations has come in after seven terror attacks rocked multiple cities of Pakistan in last five days.

IBOs and combining ops across the country including Punjab. Over 100 Ts killed besides sizeable apprehensions during last 24 hours. pic.twitter.com/hVrzRFTSrr

According to the statement issued by Inter-Services Public Relations, combing and intelligence-based operations resulted in killing of 100 extremists in a day and arrests of a number of extremists. The media cell has also reported that no illegal entry from Afghanistan would be allowed.

Pakistan has provided Afghan authorities a list of 76 ‘wanted’ terrorists demanding their handover.

Meanwhile, it should be reported that Afghanistan-Pakistan border has completely been sealed today. Torkham border was closed for all kinds of movement last night and today, Angoor Adda, another crossing point has been sealed.

Bab-e-Dosti in Chaman has been closed as well, media cell of the military reported.

In another statement released earlier today, army reported that search and combing operations in Rawalpindi were enhanced.

Security has been on high alert following a conference chaired by Rawalpindi Corps Commander, the statement added.

Corps Commander of Rawalpindi Nadeem Raza promised to eliminate the sleeper cells of terrorists in the district. The security situation of the city was reviewed in the conference.

DG ISPR Major General Asif Ghafoor posted on Facebook that high alert is enforced in Rawalpindi district in the light of recent terrorist uprising. He told that the security agencies would formulate a response mechanism to deal with the current situation of threats from terrorists.

“Security forces and intelligence outfits have been instructed to further intensify combing and targeted operations with the aim to eliminate terrorists and sleepers cells”, he added.