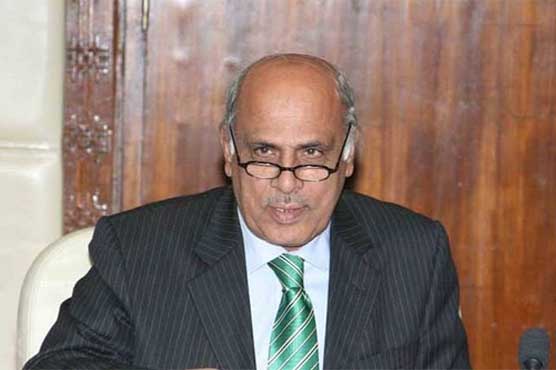 After the approval from governor, Punjab government has issued gazette notification as well.

LAHORE (Dunya News) – Punjab Governor Malik Muhammad Rafique Rajwana has signed amended drug act into law and it has been implemented in the whole province.

After the approval from governor, Punjab government has issued gazette notification as well.

On the other hand, pharmaceutical companies and chemists are protesting against the new drug act, and medical stores are kept closed for second day as well in several cities. According to these pharmacists and chemists, they are observing black day against Lahore blast that happened yesterday.

Shutter down strike was held in all districts of Rawalpindi including Saddar Cantt and Murree Road. A camp was arranged at Faisalabad’s Chiniot Bazar and prayers were made for the martyrs of Lahore blast. Medical stores near Civil Hospital and Allied Hospital remained shut which created a lot of difficulties for the patients. Medicine market in Multan also remained closed which not only increased the miseries of patients, but also resulted in delaying many operations.

Medicine market in Khyber Pakhtunkhwa (KP) also remained close due to Lahore incident and amendment in drug act in Punjab. Shutter down strike was called by medical association and Peshawar’s medicine market in Namak Mandi was not opened. The association rejected new drug act and announced complete support for the pharmacists and chemists of Punjab. Only a few medical stores were left open for emergency cases.

Medical stores in Hyderabad were also kept closed in mourning for the victims of blast.