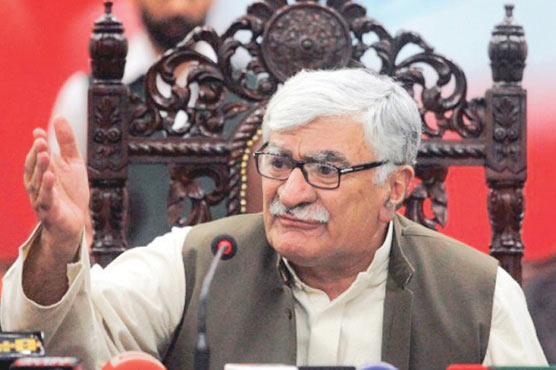 He gave protest call in Islamabad on March 12 while claiming that people will forget Imran Khan and PTI sit-ins after their protest. “Even the British could not eliminate ANP, what will Imran Khan do against us?”, he added.

ANP chief put forth the demand to merge FATA in Khyber Pakhtunkhwa. Asfandyar Wali further stated that without the western route in China Pakistan Economic Corridor (CPEC), the Pashtuns will have no benefit. He urged for full implementation of National Action Plan (NAP).

It must be noted here that tribal rights convention was held in Islamabad yesterday in which the FATA jirga announced to rally against delay in implementation of reforms as stated in government commission report.

READ: FATA jirga to rally against delay in implementation of reforms

The grand jirga made it clear that if their demands are not addressed within this month then they will march towards Islamabad next month.