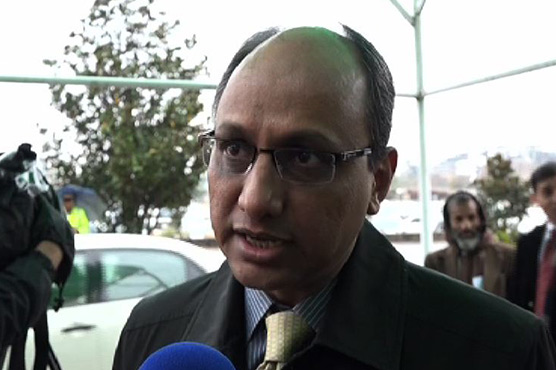 KARACHI (Dunya News) – Advisor to Chief Minister (CM) of Sindh on Labour and Human Resources, Saeed Ghani and Abdul Advisor to CM on Auqaf, Qayyum Soomro have tendered their resignations to CM of Sindh, Murad Ali Shah on Thursday.

The development has come in after Sindh High Court (SHC) directed the Government of Sindh to de-notify Ghani, Advisor to CM on Information and Broadcasting, Moula Bakhsh Chandio and Advisor to CM on Mines and Mineral Development, Asghar Junejo.

Directives of the high court were given during hearing of a contempt of court plea against the provincial government over two-month delay in sacking former advisor on law, Murtaza Wahab.

The bench headed by Chief Justice (CJ) Sajjad Ali Shah demanded of the government to provide de-notifying notifications of three other advisors as the high court had directed.

The court has also instructed chief law officer of the government to provide emolument details of the three ministers that they have received after verdict of the high court for their sacking was given.