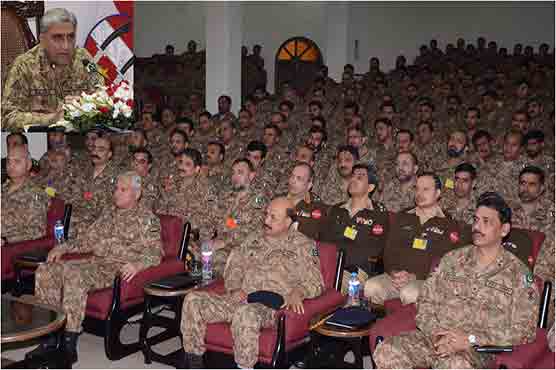 #COAS visits elite strike Corps at Multan. Our experience of CT ops has made us battle hardened: a valued add-on in operational preparedness pic.twitter.com/tS3Hg7CZTZ

He appreciated the Multan Corps for taking part in operations against terrorism in Khyber Pakhtunkhwan and Federally Administered Tribal Areas (FATA).

He addressed the young soldiers stating that experience gained from fighting against terrorism has made us strong. “This capability helps us in preparing for more operations”, he added.

Army Chief claimed that the soldiers of Pakistan Army are best among soldiers in all armies around the world. He affirmed, "Our soldiers are brave, selfless and patriotic."

According to him, he is proud to lead one of the most courageous and professionally trained armies..

#COAS visit to Multan. Pak Army s soldiers are best in the world; brave, professional, patriot and selfless. Army is what its soldiers are. pic.twitter.com/Exzf5U55BS