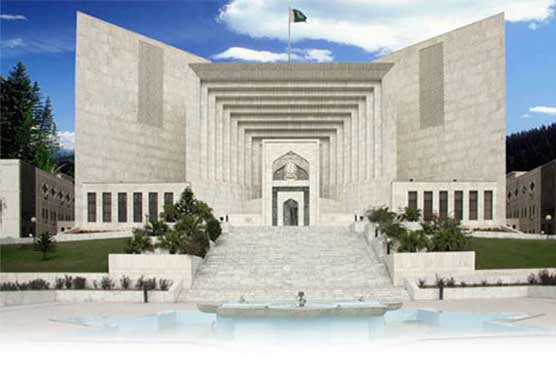 Jamaat-e-Islami's counsel informed SC that no institution is working properly.

ISLAMABAD (Dunya News) – The Supreme Court of Pakistan on Tuesday said the National Accountability Bureau (NAB) and Federal Investigation Agency (FIA) should be closed if they are not functioning well.

The Chief Justice said the court will thoroughly review everyone’s stance, and decision to form commission will be made at an appropriate time.

We will first hear respondents’ arguments, he remarked.

Jamaat-e-Islami’s counsel informed court that no institution is working properly.

On this, the CJP remarked that NAB and FIA should be closed if they are not functioning well.

Presenting his arguments, Pakistan Tehreek-e-Insaf chief Imran Khan’s lawyer Naeem Bukhari told court that Prime Minister Nawaz Sharif addressed nation on 16 May 2016, in which, he revealed that Dubai factory was sold for Dhs33.37 million to setup a factory in Jeddah.

He said there is contradiction between the Prime Minister’s statements.

Chief Justice of Pakistan (CJP) told Naeem Bukhari not to repeat his arguments.

ECP reserves verdict in reference against Jahangir Tareen till Dec 15

Difficult for PM to get clean chit: Jahangir Tareen