Qandeel Baloch's brother 'not embarrassed' by killing her 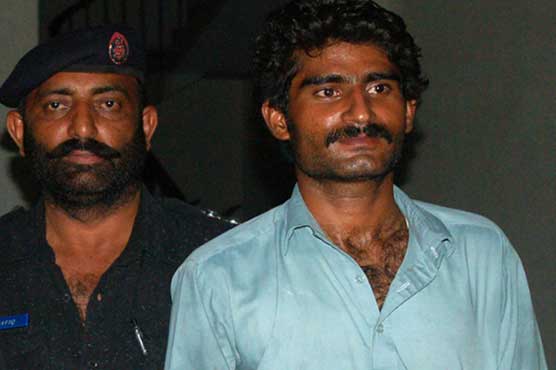 MULTAN (AFP) - The brother of a murdered model Qandeel Baloch said Sunday he is "not embarrassed" to have killed her, as Qandeel Baloch s death reignited polarising calls for action against the "epidemic" of honour killings.

The strangling of Baloch, judged as infamous by many in deeply conservative Muslim Pakistan for selfies and videos that by Western standards would appear tame, has prompted a wave of shock and revulsion.

"Yes of course, I strangled her," Wasim told reporters at a defiant press conference, organised by police, early Sunday.

"She was on the ground floor while our parents were asleep on the roof top," he continued. "It was around 10.45 pm when I gave her a tablet... and then killed her."

"I am not embarrassed at all over what I did," he said.

"Whatever was the case, it (his sister s behaviour) was completely intolerable."

Baloch, believed to be in her twenties and whose real name was Fauzia Azeem, rose to fame for her provocative Facebook posts that saw her praised by some for breaking social taboos but condemned by conservatives.

She was killed on Friday night at her family s home near Multan. Wasim went on the run and was arrested late Saturday in neighbouring Muzaffargarh district.

Hundreds of women are murdered for "honour" every year in Pakistan.

The killers overwhelmingly walk free because of a law that allows the family of the victim to forgive the murderer -- who is often also a relative.

Filmmaker Sharmeemn Obaid-Chinoy, whose documentary on honour killings won an Oscar earlier this year, slammed Baloch s murder as symptomatic of an "epidemic" of violence against women in Pakistan.

She joined other liberals in Pakistan who called for anti-honour killing legislation. "Activists have screamed themselves hoarse," she said. "When will it stop?"

But many conservatives pushed back, with some arguing online that her family would have had "no choice".

Face of honour killings in Pakistan

Some of Baloch s more notorious acts included volunteering to perform a striptease for the Pakistani cricket team, and donning a plunging scarlet dress on Valentine s Day.

She also posed for selfies with a high-profile mullah in an incident that saw him swiftly rebuked by the country s religious affairs ministry.

She told local media she had received death threats in the wake of the controversy, and that her requests for protection from authorities had been ignored.

A vigil held late Saturday in Lahore was attended by dozens of mourners, while an online petition entitled "No Country for Bold Women" and demanding accountability over her death had gone viral by Sunday with hundreds of signatures.

Initially dismissed as a Kim Kardashian-like figure, Baloch was seen by some as empowered in a country where women have fought for their rights for decades.

"Qandeel was an extremely astute individual who knew that what she was doing was more than being the most loved bad girl of Pakistan," columnist and activist Aisha Sarawari told AFP.

Her killing "defines yet another setback for the women of our generation... This makes it harder for women. Period".

"Many in Pakistan have laid blame for her death on her bold and provocative public acts, but for me her lifestyle was irrelevant," said Benazir Jatoi, who works with the Aurat Foundation, a local NGO working on women s legal and political empowerment.

"Qandeel has put a face to the countless ordinary Pakistani women that are murdered because society has given carte blanche to men," she added.

Obaid-Chinoy s film "A Girl in the River: The Price of Forgiveness" was hailed by Pakistan s Prime Minister Nawaz Sharif, who in February vowed to push through anti-honour killing legislation.

No action has been taken since then.