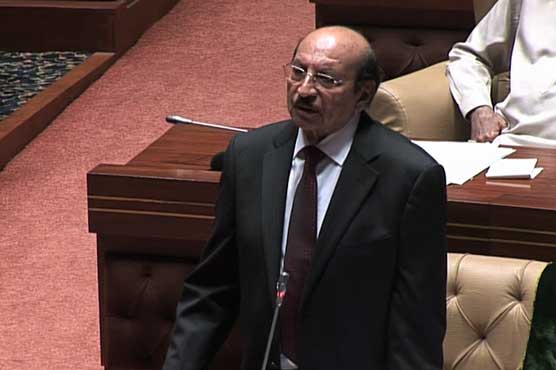 The Chief Minister was addressing Sindh Assembly today when he announced to provide a job to widow of the late Qawwal and bear expenses of his children’s education.

The announcement has come in a couple of days after the Prime Minister declared to give Rs 10 million to the bereaved family.

Shah said that Rangers Sindh Director General was given complete authority to take action against miscreants in the city.

While talking about the latest killing in Karachi, the Chief Minister said that the law enforcement agencies have obtained leads in Sabri’s killing,

Three different teams have been formed and tasked with immediate recovery of Owais and tracing down miscreants involved in Qawwal’s killing, he said adding that the teams would report to him directly.

Operation Zarb-e-Azb was launched in July 2014 against all the banned outfits that were operational in FATA and Waziristan. Terror attacks dropped to a six-year-low since 2008 after the launch of the operation.

Over 3,500 terrorists have been killed in the operation so far.