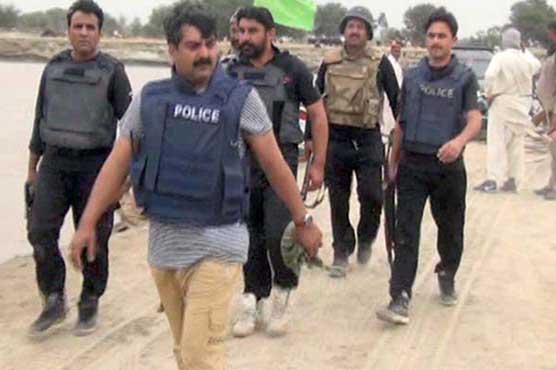 First case against Chotu was filed on August 7, 1987

Around 150 personnel rowed boats to Kacha Jamal at 3am prompting criminals to open fire.

1,600 personnel belonging to Counter-Terrorism Department (CTD), Rangers, army and Punjab Police have cleared around 70 percent Kacha area while more than 50 check posts have been established.

A control room has also been formed in Rahim Yar Khan whereas Inspector General (IG) Punjab is frequently inspecting all the activities.

Earlier on Tuesday, police had sought two gunship copters for aerial operation against the culprits.

Gang’s leader, Ghulam Rasool Bakhrani alias Chotu has head money of Rs 20 lac while as many as 48 cases pertaining to kidnapping for ransom, murder, dacoities among other crimes are registered against him in different police stations.

The gang is also associated with anti-state elements including Baloch Liberation Army (BLA). Earlier it was reported that India-manufactured weapons were seized from arrested armed men in the operation.

At least 100 people constitute the notorious gang that has survived as many as seven police operations in the past.

More than 160 dacoits and miscreants backed by terror outfits and anti-state elements have been copped so far in security operation in Kacha Jamal area.