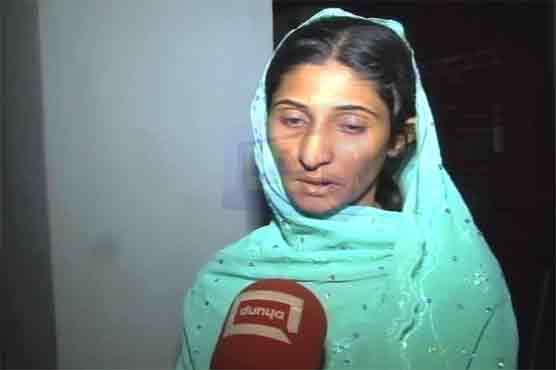 LAHORE: (Dunya News) – Women Protection Bill on Monday got its first target when Basra Bibi suffering violence from husband arrived at Green Town Police Station and registered a case against her husband after suffering from violence at the hands of her husband, reported Dunya News.

According to details, Basra Bibi, resident of Green Town Block No 5, has been a victim of her drug-addict husband’s violence. Basra alleged that Tayyab always used to make her a target of violence whenever asked about the expenditure of the house.

Basra had been wedded to Tayyab five years ago and they have a four-year-old son too. Basra Bibi said that she had gotten tired of her husband’s violence.

Gang of 3 women arrested over burglary