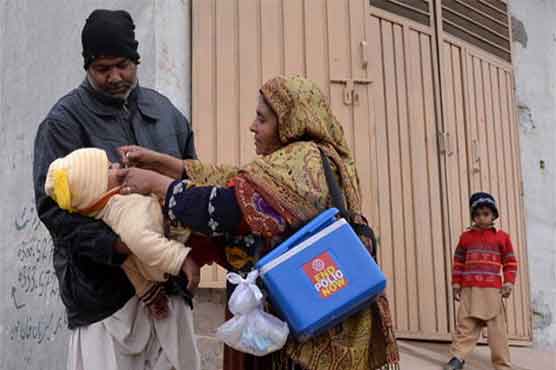 The drive has also been initiated in FATA and Gilgit-Baltistan.

Atleast 21 lac children will be inoculated polio drops during the drive however; it will keep going for two extra days in case the target is not achieved.

Over 6000 teams are taking part in the campaign for which control rooms have been established in all the districts of the city.

Meanwhile, the anti-polio drive has also been initiated in Balochistan, FATA and Gilgit-Baltistan.

The provincial Coordinator, Dr Saif-ur-rehman has stated that during the three day campaign over 2.4 million children below the age of five year will be administered polio drops.

During the four days anti-polio campaign in FATA, more than 1,004,000 children below the age of five years will be administered anti-polio drops.

In Gilgit-Baltistan, 1400 teams have been constituted to make national immunization campaign a success.

The Health department has fixed a target of 217,000 children up to five years to administer anti-polio drops.