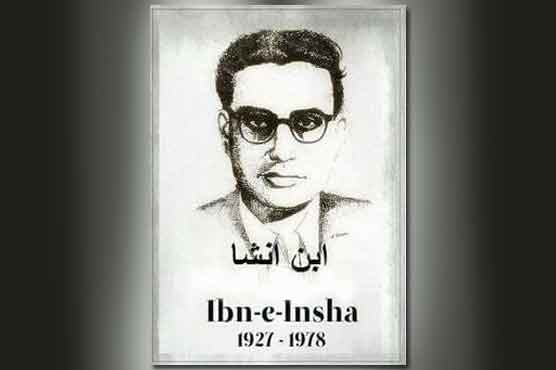 Ibn-e-Insha was born in Jalandhar district of Indian Punjab in 1927. He later migrated to Pakistan.

His poetry was simple but had depth. The real cause of his popularity was his humorous poetry and columns. His master pieces are still remembered by his admirers and his most famous ghazal ‘Insha Ji Uttho’ is a modern-day classic.

Along with his poetry, he was regarded one of the best humorists of Urdu.

His humorous books are "Khumar-e-Gandum" and "Urdu Ki Aakhri Kitaab".

His collection of letters is titled "Khat Insha Jee Kay".

Ibn-e-Insha died on this day in 1978 and was laid to rest in Paposhnagar graveyard in Karachi.