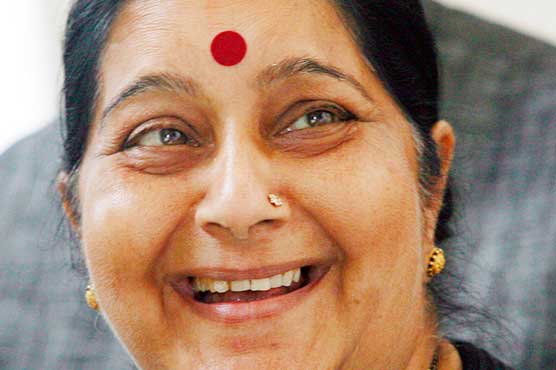 My parents hailed from Dharampura area of Lahore, visited Dharampura during last visit

According to details, both leaders are set to discuss issues of bilateral interests including Indo-Pak cricket series.

Swaraj received a warm welcome upon arrival at the PM House. Both leaders are set to discuss various issues of mutual interests including Indo-Pak cricket series and confidence building. They will also discuss Indo-Pak relations and regional situation.

The Indian Foreign Minister conveyed the message of Indian Prime Minister Narendra Modi to PM Nawaz and said that they want to resolve all the conflicts through dialogue.

Adviser to Prime Minister on Foreign Affairs Sartaj Aziz, Tariq Fatmi, Nasir Janjua among other senior officials from both countries.