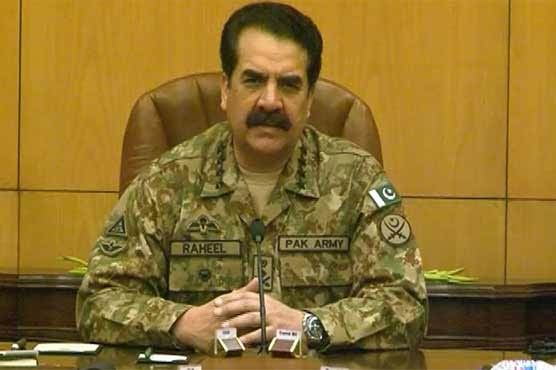 The meeting will discuss ongoing targeted operation in the city.

According to sources, DG Rangers Major General Bilal Akbar briefed the COAS regarding ongoing targeted operation in the metropolis.

Sources further told that key decisions are likely to be taken during the meeting regarding targeted action against criminal elements.

He also addressed all officers and men of the Garrison.

Airstrikes in Shawal take down 40 terrorists

Military leadership determined to respond to every threat effectively