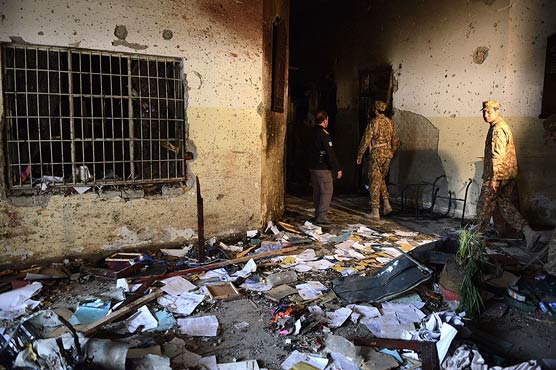 The ceremony would be held in the Chief Minister (CM) House, says Mushtaq Ghani

PESHAWAR (Dunya News) – The Khyber Pakhtunkhwa (KP) government on Monday has announced an official holiday on January 20 (Tuesday) in wake of completion of 40 days of Peshawar massacre.

According to the KP Minister for Information Mushtaq Ghani the schools and government offices would remain closed on January 20 in remembrance of Peshawar attack martyrs. The ceremony would be held in the Chief Minister (CM) House in which the parents of the martyrs are also invited.

Pakistan Tehreek-e-Insaf (PTI) chairman Imran Khan would participate in the ceremony, he added. Moreover, recitation of Quran would be done in all the districts of the province while the martyrs would also be paid tribute for the sacrifices that they rendered.