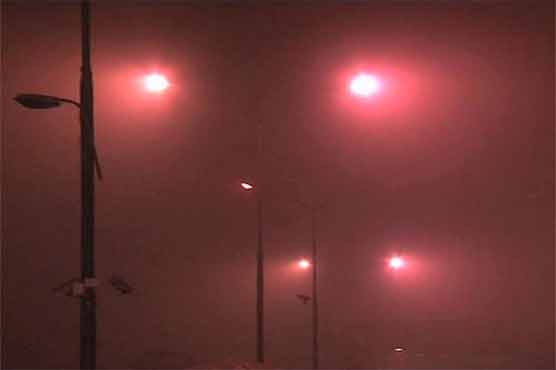 LAHORE (Dunya News) - Dense fog descended on the city on Monday night, causing closure of Allama Iqbal Airport. All departing flights were delayed and the incoming flights were diverted to other airports.

The thick fog badly disrupted the schedule of national and private airlines after which the airport had been closed. According to Pakistan Meteorological Department (MET), the visibility at the Lahore airport was dropped to 50 metre due to which all the flights were deferred.

Fog has also affected road traffic as the visibility level lowered. Motorway from Lahore to Shekhupura has been closed for all kind of traffic due to low visibility. The Motorway Police have advised the drivers to drive at a low speed and keep the fog lights on.

According to Met Office, the foggy spell is likely to continue for the next few days.