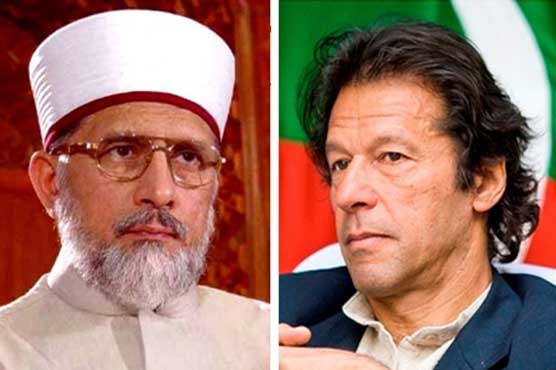 Reportedly, both the leaders have been termed as 'wanted' in the case regarding attack on SSP

According to the police sources, a challan regarding the cases of attacks on Pakistan Television (PTV), Senior Superintendent of police (SSP) and the Parliament House has been prepared.

Khan and Qadri have been declared ‘not yet arrested’ in one case whereas in the case of attack on SSP, both the leaders have been termed as ‘wanted’.

Along with the challan, first hand information report (FIR), original application and form have been attached.

Moreover, the medical reports of the injured and statements of the witnesses have also been attached.

However, the challan would be submitted to the Anti-Terrorism Court (ATC) in the next hearing.