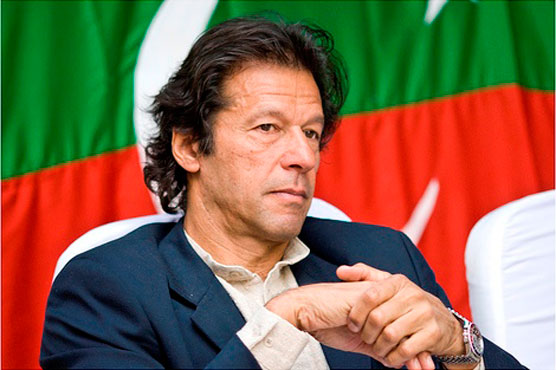 Imran said if he ends sit-in, the government will backtrack from the investigation process.

ISLAMABAD (Dunya News) – Pakistan Tehreek-e-Insaf (PTI) chief Imran Khan on Wednesday claimed that the government had agreed to seek assistance of the Inter-Services Intelligence (ISI) to investigate rigging in 2013 elections.

Talking to media before leaving his Bani Gala residence for Nankana Sahib to address a public gathering, the PTI chairman stated that discussion regarding ISI’s special investigation team was held during talks with the government.

Expressing confidence over his party s political status, Imran Khan said that PTI will win with majority if elections are held again in Khyber Pakhtunkhwa.

He said if he ends sit-in, the government will backtrack from the investigation process.

Pakistan Tehreek-e-Insaf is all set to hold a rally at Gurunanak School Group in Nankana Sahib today where more than 15,000 chairs have been arranged for the participants.