Conspiracy of 'London plan' has been exposed, says PM Nawaz 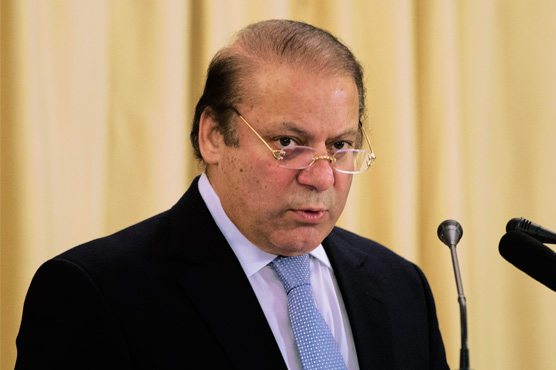 Conspiracy of 'London plan' has been exposed, says PM Nawaz

PM vowed to continue journey towards progress and prosperity of the country.

LONDON (Web Desk) - Prime Minister Nawaz Sharif on Wednesday said that those who wanted to push Pakistan backward have failed in their designs, Dunya News reported.

Talking to media in London before leaving his residence for New York, the Prime Minister stated that conspiracy of ‘London plan’ has been exposed before the nation. Everyone is now aware of meeting between Imran Khan and Dr Tahirul Qadri in London.

He vowed to continue the journey towards progress and prosperity of the country.

During his stay in New York, the prime minister will also co-chair UN peacekeeping summit along with US Vice President Joe Biden, Japanese Prime Minister Shinzo Abe and other world leaders.