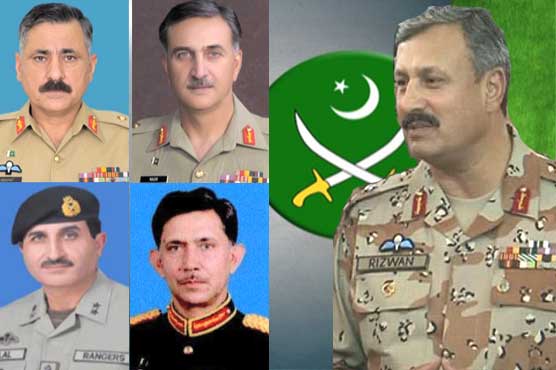 Six Major Generals including DG Rangers Sindh have been promoted to Lt. Generals.

In the coming few months, many of the lieutenant generals of Pakistan army would be retiring including the current DG ISI Zaheerul Islam.