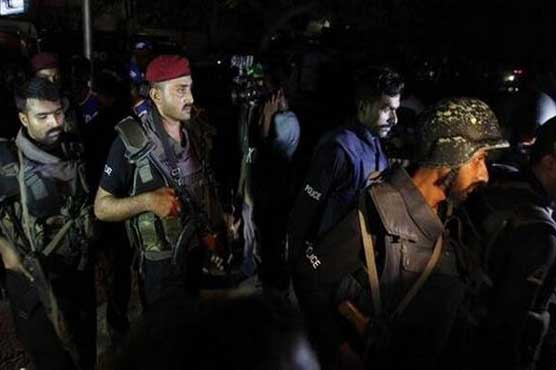 Pakistan Army, Rangers and Police commandos participated in the operation against terrorists.

General Raheel Sharif paid rich tribute to all martyred and injured for their supreme sacrifice.

President Mamnoon Hussain and Prime Minister Nawaz Sharif have also appreciated the successful operation of the security forces against terrorists.

Meanwhile, talking to media persons, the Director General Sindh Rangers Major General Rizwan Akhtar said that the terrorists had come in two groups and they gained access to the terminal through the Cargo gate and Fokker gate.

He said no aircraft was damaged in the attack and all sensitive installations remained safe.

At 18 people including thirteen security personnel have been martyred and ten terrorists killed in an operation to clear Old Terminal of Karachi Airport from terrorists.

The terrorists attacked the airport after 11:00pm on Sunday with grenades and automatic weapons and gained access to the old terminal.