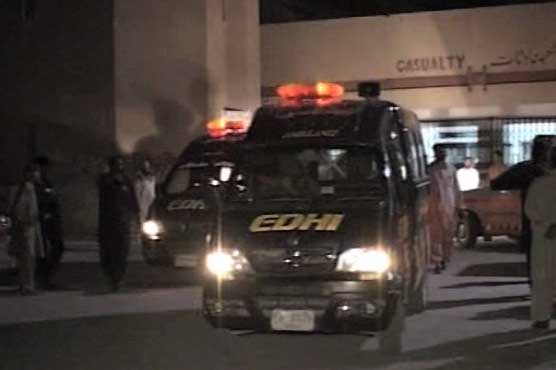 Unidentified men attacked the bus when it was parked outside a hotel in Taftan.

QUETTA (Dunya News) – At least twenty three persons have been killed and several others injured as gunmen attacked a pilgrims’ bus parked outside a hotel in Taftan on Sunday night, Dunya News reported.
According to sources, pilgrims’ bus was arriving from Iran to Quetta and unidentified men attacked the bus when it was parked outside a hotel in Taftan.
Reportedly, armed men kept firing for 10-15 minutes. At least three were reported dead and several others wounded as result of firing, grenade and suicide attacks.
According to the Assistant Commissioner, the rescue teams have been sent to the crime scene. The attacked stirred a sense of fear across the area.
Majlis Wahdatul Muslimeen chief Allama Syed Sajid Ali Naqvi strongly condemned the attack. He demanded the government to immediately provide assistance to those injured and move them to safer place.