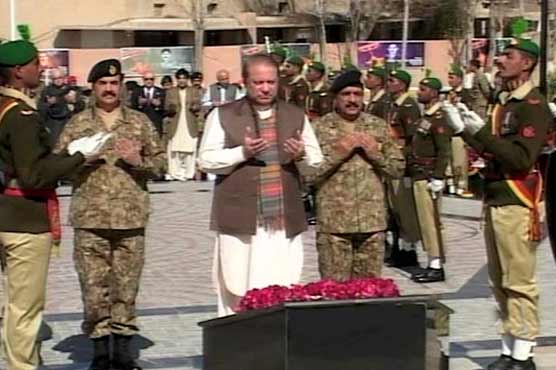 PM Nawaz Sharif on the occasion offered dua for the departed soul of martyred soldiers.

Later today, the Prime Minister will visit Governor House where he would meet with delegations of provincial ministers, political leaders and tribal elders.

He would also be given briefing on law and order situation of the province.