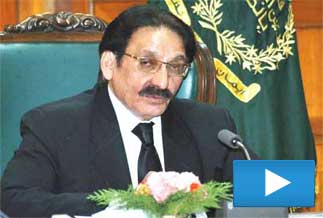 During case hearing today, Attorney General Munir A. Malik told the bench that there is no constitutional impediment to change the date of holding of presidential election.

He said presidential election process does not fall under Public Representative Act.

On this, the Election Commission responded that Supreme Court s order will be implemented.

The petition was moved by Raja Zafarul Haq in light of the decision of the Election Commission of Pakistan (ECP) for not deferring the earlier date fixed for 6th of August.

The government had requested the commission to re-schedule the election date as a number of parliamentarians who have to cast their votes would be in Saudi Arabia for Umrah or performing Eitkaaf.

However, the ECP had announced that it was not constitutionally possible to change the date.