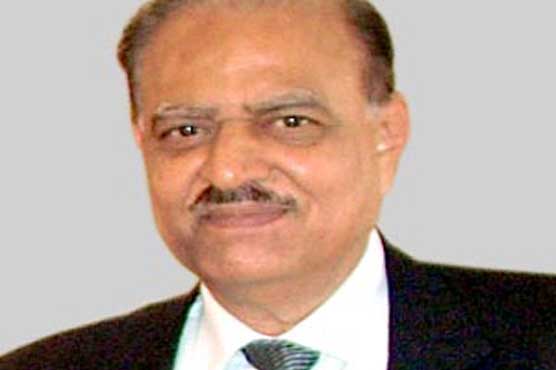 Hussain belongs to Sindh and lives in Karachi, where he owns a textile business.

Hussain emerged the strongest contender for the top office out of three candidates shortlisted by the PML-N after days of extensive consultations.

Hussain is an old loyalist of Sharif and remained with the PML-N during the regime of former military ruler Pervez Musharraf, who exiled Sharif to Saudi Arabia and created a new party by breaking the PML-N.

He served as Governor of southern Sindh province for a short period during June-October 1999 and lost the post after Musharraf led a military coup against Sharif.

Hussain belongs to Sindh and lives in Karachi, where he owns a textile business.

In 1993, he came closer to the party leadership when Nawaz Sharif was contesting his removal from the prime minister’s office by then president Ghulam Ishaq.

Since Mr Hussain belonged to Sindh, his party could counter the PPP’s propaganda that the PML-N was accommodating only Punjabi politicians at the centre, analysts said.

Members of the national and provincial assemblies along with senators will elect the new president on Aug 6, 2013.