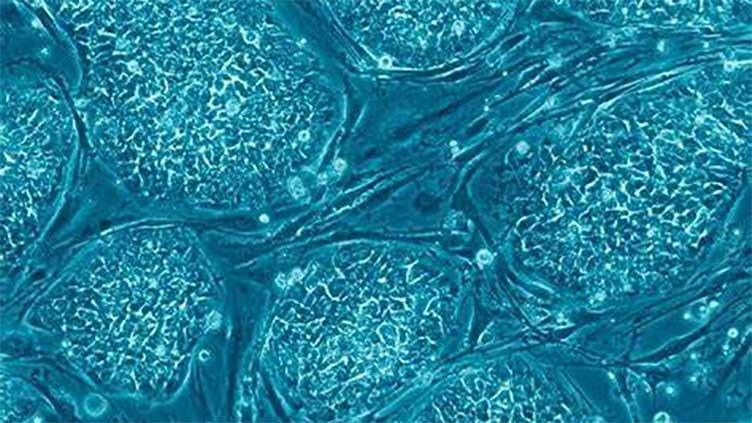 (Reuters) - There is no evidence that food products contain cells from aborted human fetuses as flavor enhancers, contrary to a social media claim that revives a related, previously-debunked charge about cells used in biomedical research.

A widely-shared tweet claims that “flavor enhancers made from aborted fetal tissue are being eaten without the knowledge of consumers.

Amounts of these flavor enhancers used in food products are below a certain threshold, so they don’t need to be reported or safety-tested by the FDA” (here).

The post had received more than 10,000 “likes” and been retweeted over 4,000 times at the time of writing. Additional examples can be found on Facebook (bit.ly/3urNbTN), (bit.ly/3Bdojms).

The claims offer no evidence that food companies incorporate human cells into their products for any reason, but they include a screenshot of text invoking an older claim that a fetal cell line used in many kinds of laboratory research had ended up in soft drinks. That cell line, HEK-293, has been used in laboratory research related to testing food flavors, according to a 2002 study and a 2008 patent application, but that research did not involve incorporating the cells into foods.

The text in the screenshot, which is dated 2015, reads: “A biotechnology company out of California called Senomyx specializes in the development of food flavorings using aborted embryonic cells for the production of food chemicals. Research by Senomyx into the use of ‘HEK-293’ aborted human fetal cells as a flavor enhancer was published in Pubmed in 2002, after which several patents were filed by them.

Additionally, this company has partnered with numerous major processed food manufacturers including Kraft, PepsiCo, and Nestle.”

The graphic image and title in this screenshot date back to at least January 2012, when they appeared in an article on the Gawker website (here).

Confusion and controversy over use of a cell line known as HEK-293 in food-related research date back even further, to at least 2011, when it was the basis of calls to ban certain types of research (here) and to boycott companies that used the HEK-293 cell line in their research and development.

Reuters previously factchecked false claims that PepsiCo drinks contained aborted fetal cells. The claims had originated in a 2011 call from a U.S.-based anti-abortion group, Children of God for Life, to boycott companies partnered with U.S. biotech Senomyx, which was said to be using “aborted fetal cell lines to test their products” (here).

The controversial cell line is derived from fetal cells dating to the 1970s. The HEK-293 cell line was originally created sometime around 1973 or 1974 by Canadian scientist Frank Graham (here). Graham used a lab technique to “transform” cultured cells for use in cancer research. He had started with cultured kidney cells obtained in 1972 by Dutch researcher Alexander Van der Eb, who explained the cells’ origin in a 2001 presentation to the U.S. Food and Drug Administration (on page 77 here). Van der Eb has attested that the cells were derived from human fetal tissue, though he was uncertain if it was from an abortion or miscarriage (ipscell.com/2021/12/293-cells/).

HEK-293 cells are used widely in biomedical research, including in studies of cell mechanisms (here). In 2002, Senomyx researchers published a study in the journal Proceedings of the National Academy of Sciences that used the cells to study receptor proteins that detect certain tastes (here ). Google Patents shows that Senomyx had a patent issued in 2008 for “Recombinant Methods for Expressing a Functional Sweet Taste Receptor” that mentions the use of HEK-293 cells (here).

A 2011 CBS News report about the Pepsi allegations suggested that the Senomyx patent was most likely being used to test substances, but that no HEK cells were in finished products: “The company appears to be engineering HEK cells to function like the taste-receptor cells we have in our mouth. This way, Senomyx can test millions of substances to see if they work as different types of taste enhancers without subjecting human volunteers to endless taste tests.” (here).

In 2018, Senomyx was acquired by Firmenich, a global manufacturer of fragrances and flavors (here).

Andrea Duarte, a spokesperson for Firmenich, told Reuters by email, “Neither Firmenich products nor Senomyx products have ever contained any human cell or material.”

A Nestle spokesperson said via email that Firmenich is a supplier to Nestlé, but that Nestle does not use any flavor compounds using HEK cells, nor use HEK cells in their research.

Andrea Foote, a spokesperson for PepsiCo said, “While PepsiCo previously partnered with Senomyx on sweetener research, the relationship has concluded, and we do not use any Senomyx ingredients in our products. PepsiCo absolutely does not conduct or fund research that utilizes any human tissue or cell lines derived from embryos or fetuses.”

Kraft did not respond to a request for comment.

False. There is no evidence that any food or beverage products contain cells from human fetuses or derived from fetuses.