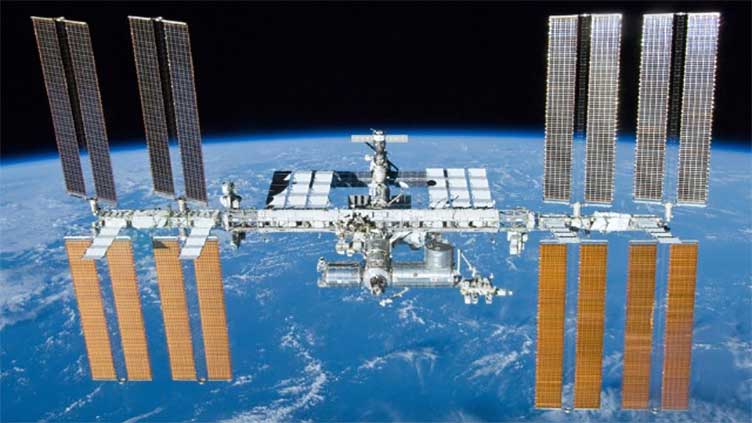 One Instagram post says satellites are a myth and that it is “simply not possible” for them to survive in the thermosphere (here), which can reach up to 4,500 degrees Fahrenheit (2,482 degrees Celsius) (here). The video also says that people who think they are looking at satellites are actually looking at “illuminated balloons” such as Lighter Than Air (LTA) vehicles (here).

One Facebook user also (here) shared a similar clip of a TikTok video where a user lists the melting points of various elements to imply satellites should melt in the thermosphere (here).

Satellites, which generally refer to machines that are launched into space and orbit the earth or space (here), do exist and are mostly in the thermosphere. The thermosphere sits between the mesosphere and the exosphere between 50 and 440 miles (80 and 700 km) above the Earth’s surface (here).

According to the Center for Strategic and International Studies, most satellites orbiting the planet are in low Earth orbit (LEO), due to their closeness to the Earth. CSIS reported 55 percent of all operational satellites are in this orbital regime and “typically take between 90 minutes and 2 hours to complete one full orbit around the Earth” (here).

One example of satellites visible to the human eye is the Iridium constellation of satellites, the first of which was launched into LEO in May 1997 (here). It became well known to astronomers due to the glare or light reflections temporarily visible to humans on the ground. (here).

Heavens-Above, a nonprofit dedicated to help people track satellites, provides a live feed of satellites that will be visible from any location on Earth (here).

Images and videos of satellites and spacecrafts launched into space can also be found on NASAs Image and Video Library (here), (here).

Two NASA satellite launches from this year can be seen (here), (here).

Dean Hirasawa, a communications consultant for the Satellite Industry Association (sia.org/about-sia/) told Reuters that “proof of the existence of satellites goes all the way back to the days following the launch of the world’s first artificial satellite”.

The world’s first artificial satellite is Sputnik 1, launched by the Soviet Union in October 1957, which had a radio transmitter that allowed people around the world to track the satellite (here).

“Of course during the cold-war the U.S. military and political leadership would have been happy to dispute its existence,” Hirasawa said. “That however was not possible (sic).”

For example, satellites became a pivotal tool for sports fans who could not watch live broadcasts of sporting events such as the Olympics in 1964. The New York Times reported on satellite television tests conducted to prepare for the Tokyo Olympics in April 1964 (here). The Tokyo Olympics was the first to be broadcasted live on television thanks to the use of satellite technology (here).

Further, Global Positioning System (GPS) is made possible through a constellation of satellites. According to the US government, the “Space Force has been flying 31 operational GPS satellites for well over a decade” (www.gps.gov/systems/gps/space/). More information on how GPS works with satellite navigation can be found (here).

Those “who doubt the existence of satellites unknowingly use satellite services – just like billions of others – each and every day,” Hirasawa said.

The key to understanding why satellites do not melt or burn up is the difference between temperature and heat. Temperature measures the thermal energy of particles, but as the air in the thermosphere is thin – as if it were a vacuum – there are not enough particles to transfer energy, causing low heat (here), (here). As NASA explains it, if a human were to be in the thermosphere, they “would be very cold because there aren’t enough gas molecules to transfer the heat” into the body (here).

Thomas Murphy, a PhD student at the MIT STAR Lab who is involved in building and operating two small satellites in space (starlab.mit.edu/people), told Reuters that a satellite would need to encounter a substantial amount of high-temperature gas molecules in the thermosphere, “but the fact that there are so incredibly few molecules up there means melting isn’t a concern.”

“Even though they can go up to 200 mph, the impact against the fly doesn’t do anything to the train, because the fly is just too tiny to matter,” Murphy said. “Now, if somehow there was a giant mountain of flies in front of the train, that would be a different story, but if it just hits single flies one by one, the high speed doesn’t put the train in jeopardy.”

Most satellites and other spacecrafts that are built for re-entry to Earth include a heat shield known as a Thermal Protection System (TPS), which is meant to withstand the incredible heat as they descend from space (here), made from ablative materials. Most heat shields, including the one for the Orion spacecraft, are designed with a capsule shape (here).

“The heat shield is only doing its job as [the spacecraft is] coming back to Earth and is not related to anything involving the thermosphere,” Murphy said.

False. There is ample evidence to prove the existence of satellites, and scientific explanations for how they are built to withstand temperatures in the thermosphere.