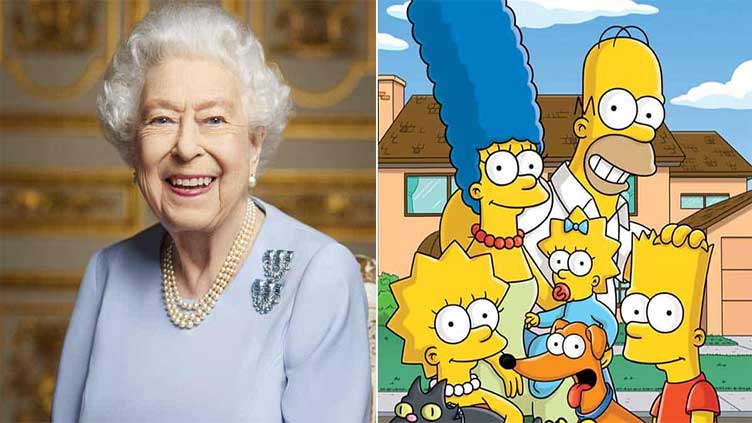 (Reuters) - Altered and fabricated footage purportedly showing scenes from the animated television show The Simpsons has been shared on social media to claim that the series “predicted” the date of Queen Elizabeth II’s death.

While some Twitter users reacting to the fake scenes doubted their authenticity, others seemed to believe they were real. Comments include:

“The Simpsons have become our modern day Nostradamus,” “Omgggg they know something we. don’t” (sic) and, “It’s not the Simpsons. It’s basically showing y’all that everything that goes on in the world is bein controlled (sic). How y’all don’t see that?”

One of the images circulating is a frame apparently showing a cartoon version of the monarch in a coffin that has the inscription “Elizabeth II 1926-2022”. (here Instagram video displaying the alleged frame was liked over 99,650 times as of the writing of this article (here)

The image, however, does not depict a real scene from The Simpsons. It highly resembles an edited image, debunked by Snopes in 2017 (here), that was fabricated to show former U.S. president Donald Trump. LeadStories (here) and PolitiFact (here) also addressed the claim in 2020.

A side-by-side comparison is viewable (here). The source image used to create both edits appears to be a scene from the episode “Funeral for a Fiend” in which character Sideshow Bob is seen in a very similar coffin (here) (bit.ly/3BPqBYs)

Another iteration (here) (here) (here). combines the fabricated image of Queen Elizabeth in a coffin with a real scene from episode “The Regina Monologues” in which Homer Simpson and the monarch are seen in a courtroom (see around timestamp 3:16) (bit.ly/3fmDLoa ).

Other users are sharing an edited clip of the same episode, which aired in 2003 according to IMDb (www.imdb.com/title/tt0701258/).

A clip on TikTok with the edited video has been viewed at least 23,900 times (here). “Looks like the Simpson Predicted the future again,” reads a superimposed text in the post. Another example can also be seen on Facebook (here).

The scene, in which Homer crashes into a carriage transporting Queen Elizabeth, has been altered to digitally include a card with the date 8.9.2022 (bit.ly/3DXaNpk)

According to The Simpsons Fandom Wiki, a collaborative online database about the show, Queen Elizabeth appeared in six episodes of the series (here) and was mentioned or shown in other four episodes. Reuters found no evidence that those referenced her passing.

Matt Selman, executive producer of The Simpsons, tweeted on Sept. 22 an article by Variety that debunked the claim that the show had predicted the death of Queen Elizabeth (here).

False. The Simpsons did not predict the date of Queen Elizabeth’s death. Posts with this claim feature a fabricated image attributed to the show or segments of an authentic episode edited to include a purported reference to Sept. 8, 2022.