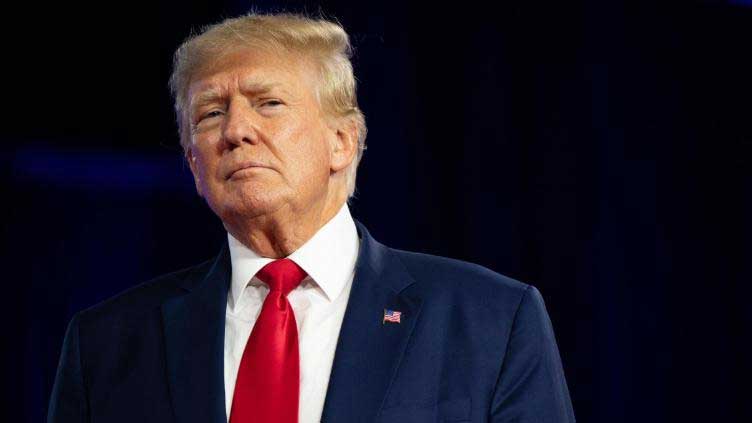 (Reuters) - A bill proposed by Republican Liz Cheney and Democrat Zoe Lofgren that passed the House of Representatives on Sept. 21 would not automatically bar former U.S. President Donald Trump from being re-elected president, despite claims circulating online saying it would.

A section of the bill titled ‘Presidential Election Reform Act’ (PERA) outlines a list of potential grounds for objection against a state’s electoral college votes, with one (Section 3 of the 14th Amendment) being that a presidential candidate who engaged in an insurrection is ineligible to serve as president.

Experts told Reuters there would need to be a determination that such an amendment would apply to the former president. A third of both the House and Senate would also have to support the objection, and it would also require each chamber to sustain the objections by majority vote to go ahead.

Some on social media said the bill would ban Trump from running for office and becoming president. One user tweeted on Sept. 20: “Liz Cheney (R) and Zoe Lofgren (D) have jointly proposed a bill that would bar Trump from ever becoming president again. — Bipartisan women power par excellence” (here). The tweet had gathered more than 78,000 likes and 12,000 shares at the time of writing.

PERA is viewable in full (here).

A one-page summary of the bill collated by Cheney’s office and the Committee on House Administration is viewable (here).

Per the summary, the bill would make three central reforms to the 1887 Electoral Count Act; It would raise the threshold for objections to one third of each house, it would list explicit pre-existing constitutional grounds for objections, and it would reaffirm the vice president’s role in certifying the new president as ceremonial.

The current process, laid out in the 1887 act, came under scrutiny after hundreds of Trump’s supporters stormed the Capitol on Jan. 6, 2021, in a deadly attempt to stop the certification of Democrat Biden as the new president. The violence occurred after Trump falsely claimed he lost the election due to rampant fraud (here).

“The bill would change certain parts of an 1887 law that governs how electoral college votes are counted,” Richard Hasen, Professor of Law at the University of California, Los Angeles (UCLA) told Reuters. “If this or the Senate version of the bill passes, it would make it harder to subvert election outcomes as Donald Trump tried to do in 2020,” Hasen added.

The legislation details several potential changes, with one toughening the standards for members of Congress to raise objections to any state’s certification. Currently, only one member from the House and one from the Senate are required. This would change to one third of each house (here).

“One of the grounds is that a presidential candidate participated in an insurrection and therefore is ineligible to serve as president under Section 3 of the 14th Amendment,” Hasen said (grounds for objections are viewable from page 31 of the bill viewable (here)).

“This provision of the bill would allow someone to raise the objection that Trump (or another candidate) was ineligible on these grounds.

Passage of the bill alone would not disqualify the President. And it is quite uncertain whether Trump would be disqualified under this provision if the bill became law,” he said.

Cheney and Lofgren also penned a joint op-ed in The Washington Post published on Sept. 18 and detailed the four main aspects of the proposed changes to the Electoral Count Act (here). The op-ed also does not state that the bill would automatically disqualify Trump from a future election.

The House committee investigating the Jan. 6, 2021, attack on the Capitol is planning to hold its next hearing on Sept. 28. The committee is trying to establish what Trump did while thousands of his supporters attacked police, vandalized the Capitol, and sent members of Congress and then-Vice President Mike Pence running for their lives as they met to formally certify the election result (here).

Misleading. The Presidential Election Reform Act would not automatically bar Donald Trump from serving again as president if re-elected. While it sets out reasons to object against a presidential candidate, including if they engaged in insurrection, there would need to be a determination that this applied to Trump and both chambers would have to sustain objections by majority vote.